1949 - The two brothers Stefano and Guglielmo Marzocchi founded Marzocchi in 1949.

With great technical skills and experience gained during their years working at Ducati, the two Marzocchi Brothers, Stefano and Guglielmo, began the manufacturing of suspensions for big motorcycles in the basement of their home in Via Zannoni, in Bologna. Thanks to the motorcycle boom, business development in those early years was substantial and encouraged the brothers to continue their adventure.

In 1953, production reached 200 parts per day, there are now 25 employees and the basement in Via Zannoni is no longer sufficient. Marzocchi Brothers began to plan for a necessary extension. 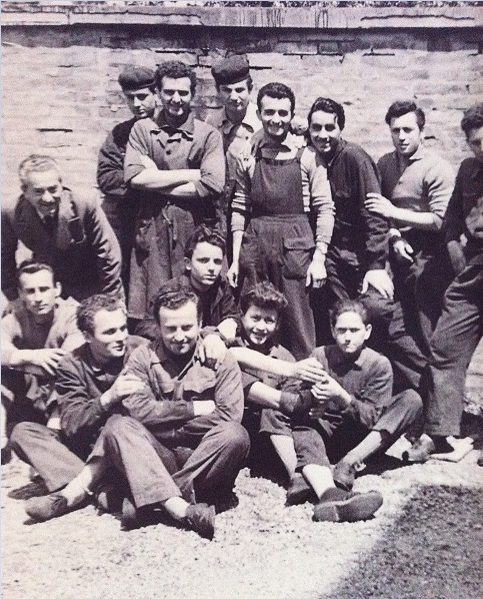 1957 - Marzocchi moves its premises to Casalecchio 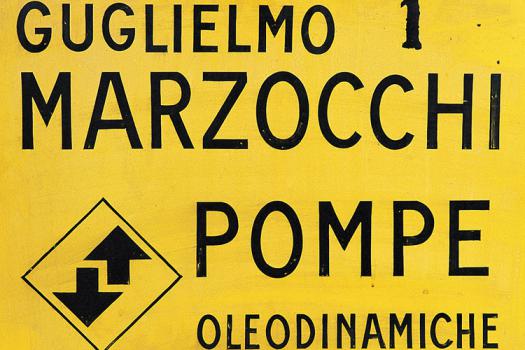 In 1957, the company moved to a more suitable "shed" in Casalecchio di Reno.

Thanks to the motorcycle boom, business development in those years was substantial.

In the mid-50s, when the production of motorcycles suffered a sharp decline, the Marzocchi brothers thought about product diversification, resuming a draft gear pump previously initiated at Ducati during the Second World War. 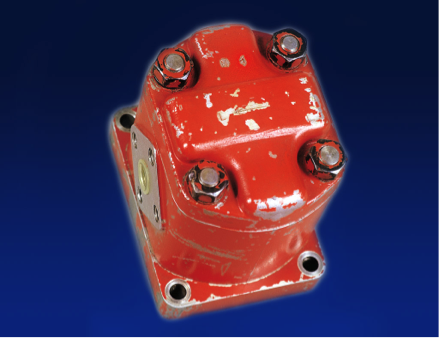 After 1965, the second generation of the Marzocchi family came onto the scene. Adriano, Stefano's son and  Paolo, Guglielmo's son. For Marzocchi Sospensioni, products addressed the high end of the market: cross bikes and larger engine motorcycles. The business decision to focus on the sporting activity with the goal of product development proved successful. Marzocchi samples dominated the motorcycle racing circuits across Europe.

Moto-Cross became a driving force for the commercial success of the company even in the 70s, when Marzocchi created partnerships with some of the most prestigious manufacturers: KTM, SWM, Fantic. 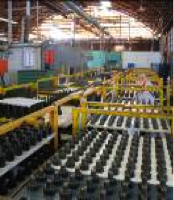 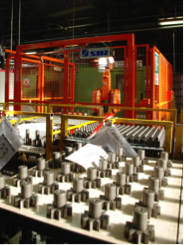 Lavin was founded for the manufacture and supply of all the gears to Marzocchi Pompe in a "ready-to-assemble" concept using state of the art machines and testing equipment. The continuous evolution of the products led to collaborations in the 80s with the manufacturers of larger engine road bikes like BMW, Guzzi, Ducati as well as the affirmation of Marzocchi as a European leader in the production of suspensions. 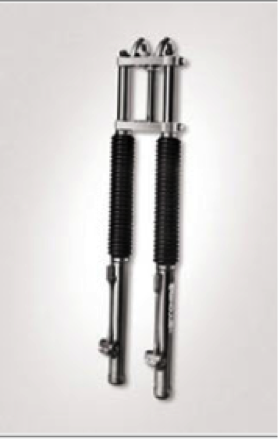 In the 90s, the market diversified further. In the United States the sport of Mountain-Bike began to spread even at a competitive level and Marzocchi had the intuition to start producing bicycle forks that combine high-tech with high-performance.

In parallel, Marzocchi Pompe also developed new technologies to allow the creation of pump models with an ever higher performance and ever wider fields of application thus also placing them, even in terms of volumes, as one of the first European manufacturers. Meanwhile, thanks to continue research and experimentation, the company also experienced new success in racing. The Company then continued to invest in and developing the Microhydraulics. The Gruppo Marzocchi landed in the USA, in California and sales began to develop in the Far East.

In 1995, Marzocchi Pompe began working with some of the leading manufacturers of automotive components for the development of pumps for hydraulic power steering and automatic and semi-automatic transmissions.

Marzocchi Pompe was selected for its characteristics and for those of the products belonging to the microhydraulic range: high performance, especially in terms of volumetric and mechanical efficiency.

Marzocchi Pompe needed to use aluminium die-cast components with special characteristics for its own products; in 1999 a joint-venture was realised with the Montirone die casting foundry in San Giovanni in Persiceto (Bologna). Today, Montirone provides all the die-cast components used on the pumps; it is a certified supplier for companies in the automotive, furniture, appliances sectors; it is equipped with modern machines and high technology equipment.

To cover the increased organization needs, the new ERP Navision which belongs to the Microsoft Business Solution package is installed as well as other automated warehouses both for the finished product and for the components. Modula was chosen as a partner. Sequentially the warehouse was modernised with Modula for the storage of finished pumps already packaged and ready for shipment to customers and to streamline the process of preparing the goods for shipment.

2008 - The industrial group got restructured

In September 2008, Marzocchi Suspension is sold to the American company TENNECO, specialising in shock absorbers for cars and known for the brand MONROE.

The Marzocchi Family confirms their focus on Gear Pumps and Motors and launched a major development and investment program.

In 2009 Marzocchi Pompe moves its American Division from the original headquarters in California to new headquarters in Schaumburg in the state of Illinois. The decision was made to revive sales activities by placing the subsidiary in a central position with respect to the North American market. Marzocchi Pumps USA manages and supports sales in America. The Chicago office has a well-stocked inventory of finished goods and spare parts which allows fast shipping, often same day. 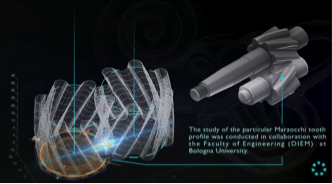 A section that deals with all aspects of Operational Marketing was set up in the Sales Department.

Marzocchi Pompe S.p.A. celebrates 50 years of activity in the production of Gear Pumps. The first prototypes of the new pump with low noise and low pulsation are produced: ELIKA. This new Marzocchi Pompe proposal to the market of gear pumps is an effective response for all applications requiring low noise levels. Product development is based on the launch of a whole range of products from family 2 to family 4, both with single and multiple components.

2012 - Development in the TIER2 automotive

Mass production of Elika began in preparation for its launch on the market for applications that require low noise levels. Marzocchi Pompe participated in the trade fair for Automotive Components Expo 2012 in Stuttgart with its own stand, thus confirming its independent activities towards TIER1 of the Automotive market.

The new 3D Zeiss machine was installed in the workshop. The first 3D printer was also installed for rapid prototyping of projects with significantly shortened product launch time.

Marzocchi Pompe presented Elika to the world market with a targeted advertising campaign and the organisation of events for Italian and foreign distributors.

The new assembly and testing line for Automotive Pump E05 was installed. The ISO TS certification project was also launched in reference to the Quality Management System of the companies operating in the Automotive Sector.

A New 9.000 sqm Production Site in Zola Predosa is inaugurated!

Only 5 km from the Headquarters in Casalecchio di Reno.

The New Plant unifies under one roof the manufacturing process of the Marzocchi Gears. Furthermore it deploys a Dedicated Assembly and Testing Area for all the Automotive Projects.

DEMAND, BY INSTITUTIONAL AND FOREIGN INVESTORS, EXCEEDS THE OFFER FOR MORE THAN 1.25 TIMES!